The Other Side: Cameras on the Driver or Not?

The most popular video camera recording location in trucking with the best value and ROI (return on investment) is the forward road facing camera. However, adding an additional camera that faces and records the driver is a completely different story. One of the industry’s most important assets are the drivers. They are highly valuable to all fleets and most likely their number one asset. Owners continually tell them that. They are told that they are professional, highly skilled experts that are loved, cherished and integral to the company.

They are also told that their family life, their health and well-being are very high or at the top on the company’s priority list. But on the other hand, some fleets are going to consider telling them that they are going to be on camera for their every move in the cab during working hours? This is a staggering contradiction. Beyond the legal issues of privacy in Canada (which are many), the perception by drivers regardless of what they are told about a camera pointed on them is that they are being recorded ALL the time. A lot about that isn’t sitting right with drivers and a large number of fleet owners. In a recent industry poll it was reported that 90% of drivers said they would not sign on with a carrier with a driver facing camera. Additionally, with turnover rates staying at around 40%-50% in Canada each year, and in the US at 100% annually*, as well as with the US driver shortage crises about to balloon from 60,000 each year to 180,000 in 2024*, fleet owners are becoming reluctant to install the driver facing camera when 80% of the time an accident involving a Class 8 truck is not the truck driver’s fault. 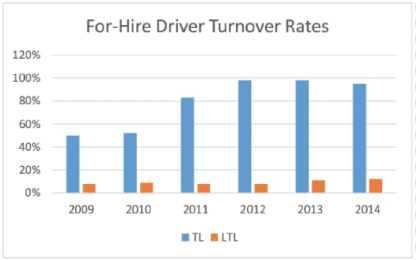 There is little evidence that proves reviewing every aspect of “events” of a driver’s day in the cab reduces accidents and large payout settlements. Driver faced video coaching “may” result temporarily in making them drive more carefully or reduce their speeding. But coaching can also be done similarly by reviewing forward facing video clips alone without the invasiveness or perceived invasion of privacy of the camera pointed directly at the driver. Again, if 8 out of 10 times an accident is not their fault, where are the big savings and ROI in coaching with driver video facing video clips? The REAL savings are in the forward facing camera alone which exonerates the driver, your company and reduces costly legal payouts. Think about that when you’re considering a forward facing camera AND one pointed at the driver versus the forward facing road camera alone. Remember, driver facing video evidence could and very well may be used against your fleet with everything being discoverable. A top trial lawyer in Atlanta, Georgia, after learning of driver facing video recordings being used said he couldn’t wait to start to subpoena any and all videos with all coaching records for his clients suing trucking companies. Can anyone say “massive legal fees”? You may think the driver facing video will exonerate you. Really? In a jury trial all bets are out the window and every single video of that driver and their entire history including all coaching and scoring could be subpoenaed to be produced in court. Also whether we like it or not, the appearance of a driver on video (how they look, dress, act, etc.), previous coaching needed, patterns of risky driving or X-rated language used could influence a jury by providing too much discoverable information.

Here are some other things you may want to consider asking internally while in the due diligence process for adding the driver facing camera. One, ask your driver recruiters (not just the safety manager) their thoughts on if their job will be easier or more difficult having to inform potential drivers that they will be having a camera pointed at them in the cab all the time. Two, do a blind survey with a ballot box form for your current drivers and ask them what they think of cameras on them. Three, survey potential drivers in your recruiting process today and discover what percentage would walk out the door if they knew they would be on video every minute in the truck. Bottom line, later you can always consider adding a driver facing camera for new drivers in training or for those who are the 5% worst drivers. With all the downside of the driver facing camera, taking advantage of the forward facing road camera alone where virtually all the savings is realized is a no brainer. All drivers like the forward facing camera for exoneration. And your drivers will see you as their friend, that you are respecting their privacy, their contribution to your company and that you believe in them with dignity.

A final thought. Last year I spoke to a room of 150 trucking industry leaders, executives, and owners at a major industry conference on the subject of video technology. I asked them to raise their hands if there was anyone that would not mind having a camera on them all day at work. Not a single person raised their hand.

About the Author:
Mike Nalepka is the CEO of VideoProtects.com, LLC, a consulting and Advocacy Company focused on transportation video technologies. His expertise and passion is helping carriers and the industry reduce costs and increase profits leveraging the latest best in class video and camera technologies for everywhere in and around the tractor-trailer.

Mike has consulted and recommended technology solutions for hundreds of trucking companies of all types since 2004. He was formerly the General Manager for Video Intelligence Solutions and Vice President of Business Development at PeopleNet (a Trimble Company), Vice President of Fleet Imaging Solutions at DriverTech, and the National Sales Manager at McLeod Software.

About Mike Nalepka
Back Home Next Article